Arts for the Community (ACTU)

ACTU combines the gifts and energies of Thomas University personnel and students (Act One) with those of community members (Act Two) to provide excellent arts events for the community. For this reason, we have named this organization ACTU: Arts for the Community at Thomas University. 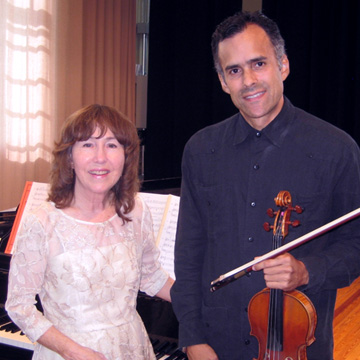 The members of the Lopez Tabor Duo, Alfonso Lopez, violinist, and Michelle Tabor, pianist, have performed together in the U.S. and Venezuela since 2004. Alfonso Lopez, who lives in Caracas, is the concertmaster of the Venezuela Symphony Orchestra, and a teacher, composer, and conductor. Michelle Tabor grew up in Caracas, the daughter of a Venezuelan mother and an American father, and now lives in Tallahassee, Florida. 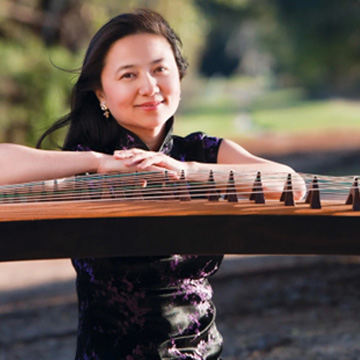 Dr. Haiqiong Deng is a performer on the traditional Chinese instrument the zheng (or gu-zheng), and a 2017 Florida Folk Heritage Award recipient. This partnership with musician and composer David Cobb focuses on nature, imagination, mood, and the influence of world music on soundscapes and composition in our shared human experience. 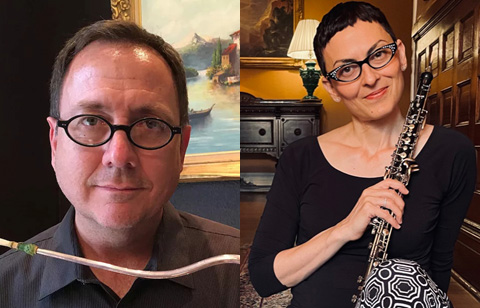 Jeffrey Keesecker and Margaret Cracchiolo form a husband-and-wife bassoon and oboe duo, and this program will explore the double reed instruments of the orchestra. Both are members of the Tallahassee Symphony and Pensacola Symphony Orchestras and have performed throughout the world. Mr. Keesecker is Professor of Bassoon at the College of Music at Florida State University, and Dr. Cracchiolo earned her doctorate at FSU. 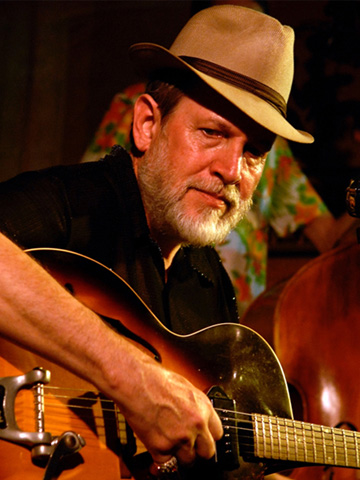 David Evans is a noted blues scholar and musician known as “Doctor of the Blues” who has been instrumental in documenting some of the remaining vestiges of traditional blues in Memphis and the surrounding region. Author of Big Road Blues, Evans heads the doctoral program in Ethnomusicology at the University of Memphis and has recorded extensively. 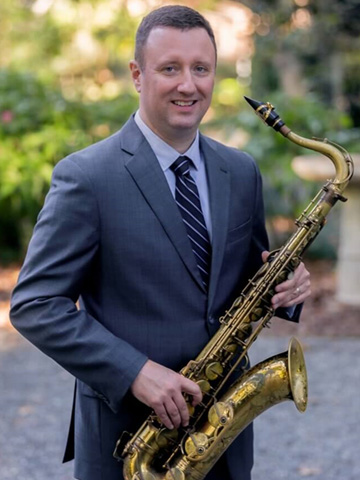 David Detweiler is a post-bop soloist, tenor saxophonist, composer, and educator who is influenced by early John Coltrane and Michael Brecker with a sound and style of his own within the mainstream of modern jazz. Dr. Detweiler is Assistant Professor of Jazz Saxophone at the College of Music at Florida State University, has performed at many of New York City’s premiere live-music venues, and earned his DMA degree from the Eastman School of Music. 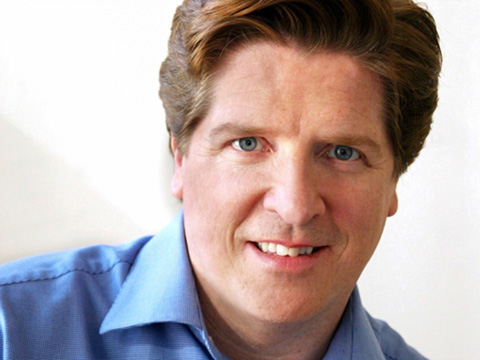 Jeffrey Springer has performed across Europe, Asia and North America with notable leading orchestras, including the San Francisco and Pittsburgh Symphonies, and is an active operatic performer. Dr. Springer is the winner of the Concours International de Chant de Festival Atlantique in Nantes, France, the José Carreras Prize in Pamplona, Spain, and is a recipient of career grants and awards from the Gerda Lissner Foundation and the Wagner Societies of New York and Washington D.C. He earned his doctorate from the Catholic University of America.

Founded at Mercer University in 1985, the Georgia Poetry Circuit is a consortium of 10 Georgia colleges and universities working together to bring three poets of national and international repute to all member campuses each year. This provides important access to the literary arts for Georgia residents across the state.

At each school, each circuit poet gives a free and open reading of his/her work. Visiting poets also meet with creative writing students at each campus for workshops, talks or extended question-and-answer sessions. In addition to the opportunity to hear work from diverse writers, circuit events provide Georgia students with an immensely valuable educational opportunity for interaction with excellent contemporary poets in the United States. 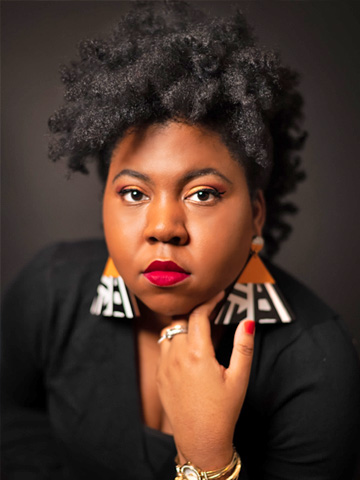 Ashley M. Jones is the Poet Laureate of the State of Alabama (2022-2026). She holds an MFA in Poetry from Florida International University, and is the author of Magic City Gospel, dark / / thing, and REPARATIONS NOW! Her poetry has earned several awards, including the Rona Jaffe Foundation Writers Award, the Silver Medal in the Independent Publishers Book Awards, the Lena-Miles Wever Todd Prize for Poetry, a Literature Fellowship from the Alabama State Council on the Arts, the Lucille Clifton Poetry Prize, and the Lucille Clifton Legacy Award. Jones co-directs PEN Birmingham and is the founding director of the Magic City Poetry Festival. She teaches in the Creative Writing Department of the Alabama School of Fine Arts, and is part of the Core Faculty of the Converse University Low Residency MFA Program. She recently served as a guest editor for Poetry Magazine.

Courtney Faye Taylor is the author of Concentrate, winner of the Cave Canem Poetry Prize selected by Rachel Eliza Griffiths and was a finalist for the National Poetry Series. Courtney earned her BA from Agnes Scott College and her MFA from the University of Michigan Helen Zell Writers’ Program where she received the Hopwood Prize in Poetry. She is also the winner of the 92Y Discovery Prize and an Academy of American Poets Prize. Taylor’s work can be found in Poetry Magazine, The Nation, Ploughshares, Best New Poets, The New Republic and elsewhere. 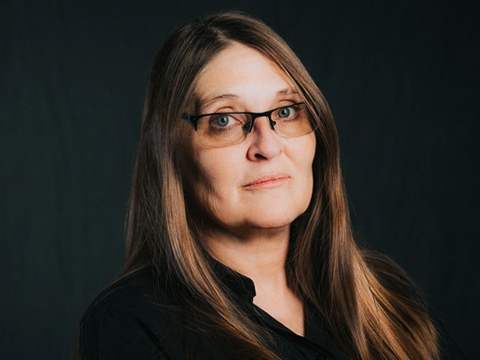 Allison Adelle Hedge Coke was born in Texas and raised in North Carolina, Canada, and on the Great Plains. Of mixed heritage, she is a poet, writer, and educator. She studied at North Carolina State University while a field worker, then studied script, performance and sound/light/film tech at Estelle Harmon’s Actor’s Workshop earning an AFAW in creative writing on the old Institute for American Indian Arts campus in Santa Fe, attended two Jack Kerouac School of Disembodied Poetics Summer Writing Programs, and earned an MFA from Vermont College (1995) where she stayed for graduate work. Her books include The Year of the Rat, Dog Road Woman, Off-Season City Pipe, Blood Run, Burn and Streaming, as well as a memoir, Rock Ghost, Willow, Deer. She is the editor of the anthologies Sing: Poetry of the Indigenous Americas, Effigies, and Effigies II. Hedge Coke is a Distinguished Professor at the University of California, Riverside.

The Thomas University Jazz Ensemble performs at a wide range of community events in Thomasville, Tallahassee and throughout the region. Visit the ACTU Facebook page for performance dates, venues and updates.

October 2, 2022
Chamber Music
Trinity Anglican Church
Join us for our annual Chamber Music series featuring the talents of ACTU’s performing artists as they work together to make music with combinations of instruments and creativity that inspires!

November 6, 2022
American Music
Location TBA
From popular to Classical music composers and performers, the sounds of America ring out through the songs of our great nation that help salute those who serve and have served our country on Veterans Day.

December 11, 2022
Seasonal Celebration
Location TBA
Celebrate the season with the sounds of music through song with local vocalists and instrumentalists performing well-loved and lesser-known works that capture that holiday spirit and put you in the mood to make merry!

January 22, 2023
January Jazz
Thomasville Center for the Arts
This concert will feature the all-volunteer Thursday Night Music Club (TNMC) group that gives Tallahassee musicians the opportunity to play big band style music together in a relaxed atmosphere. The band plays a variety of repertoire to include jazz, swing, funk, blues, rock, and Latin jazz arrangements for jazz ensemble.

February 12, 2023
Musical Valentines
Trinity Anglican Church
This annual concert features local musicians and artists doing what they love best – performing for the community! Enjoy a lovely selection of pieces about love and pieces that are dear to the musicians’ hearts. 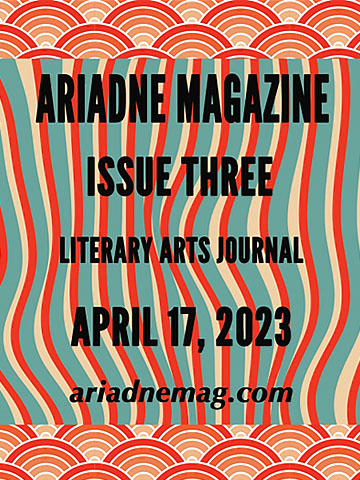 April 17, 2023
Ariadne is Thomas University’s student-run Literary Arts Journal. Founded in 2010 by Sandra Simonds as The Night Hawk Review, the journal transitioned online in the Spring of 2021.

TU Theatre features annual productions with free admission as part of the ACTU programming.  Productions include staged readings, scene work, and short classroom presentations in the fall, and a one-act play in the spring. 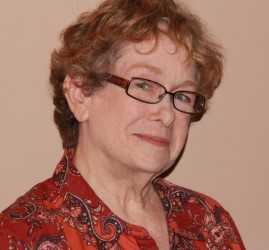 Peggy Brady has been practicing theatre for the past 30 years as a Director, Educator and Playwright and looks forward to learning more from her students, actors and colleagues as the practice goes on. She has been directing and teaching theatre in all settings from commercial to higher ed, community to K-12 schools. As a playwright, she has 12 plays in production around the world at one time or another and 3 new ones still marinating. She just recently ended a 25-year run of her professional theatre company that toured the country and Canada making people laugh at our crazy world through musical comedy. A passionate advocate for the arts, Peggy served as Executive Director of the Council on Culture and Arts (COCA) in Tallahassee for many years bringing artists, arts educators and arts organizations together to build a stronger community.

Join us as a Partner in the Arts!

We hope that you will join us as a Partner in the  Arts because we can’t ACT without “U”.  You are bringing great artists to the Thomasville community.  The reach of  our programming has been expanded by the efforts of the community behind it.  Please consider becoming a partner and join a community that makes a difference in the Thomasville area.

All donations are tax-deductible to the extent allowed by law.

ACTU will live stream performances throughout the season. You can view them here at their scheduled dates and times.